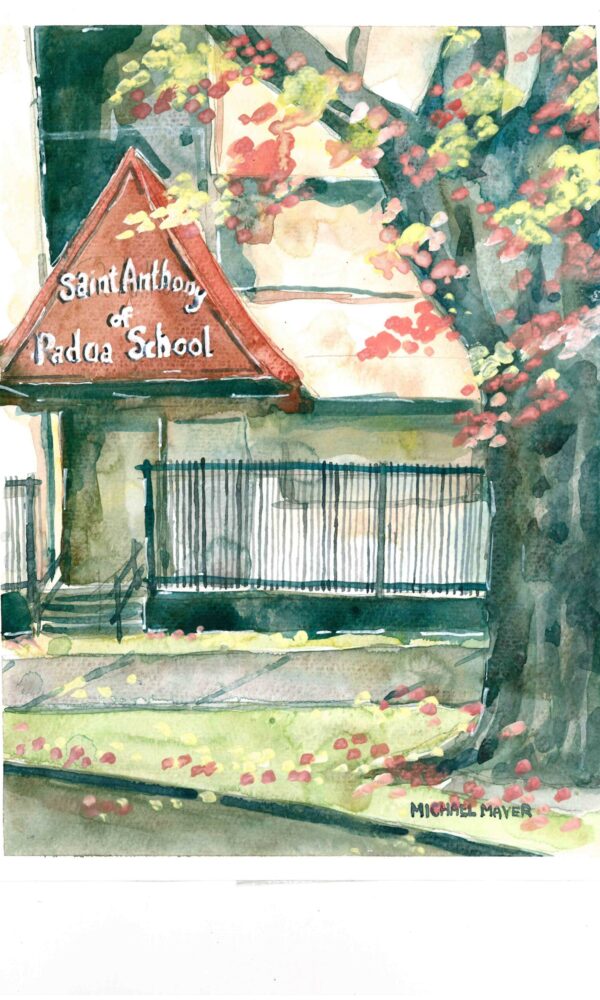 Saint Anthony’s School began in the church basement with the arrival of Sisters Agnes Veronica and Alma Marie of the Sisters of Charity of the Immaculate Conception located in St. John, New Brunswick. In 1941, plans were made to construct a school building. On September 14th, 1942, Archbishop Duke blessed the first school building. In 1961, an additional building was constructed to house the increased student population.

In the early 1960’s the southern section of Marpole was re-zoned for apartment buildings. With the re-zoning the population shifted from families to young adults who wanted to live close to work in downtown Vancouver. This resulted in a decline of school-aged children in the area. Subsequently, the original school closed in 1976.

By 1995, the parish demonstrated renewed growth and opened a pre-school. Through the following years other grades were added until the school offered a full Kindergarten to Grade Seven program in 2004. In August 2000, the original school building was demolished to make way for a larger expansion. On October 4, 2001 Archbishop Exner blessed the new addition to the school.

St. Anthony of Padua School continues to grow and offers a full academic program, as well as a wealth of extra-curricular activities. Activities include sports and art clubs, as well as special events such as our Speech Arts Festival.